Home warmer thanks to grant 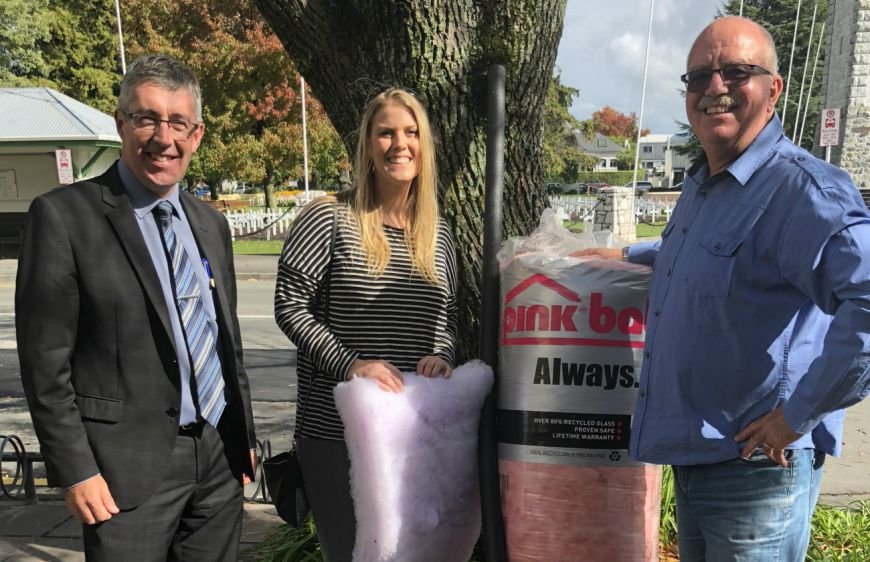 Blenheim home owner Jaimee Noble is ‘thrilled’ to have had a new insulation installed in her home, and says it was made possible thanks to the ‘Warmer Healthier Homes Programme’.

For Jaimee, she had floor and ceiling insulation installed which was 50 per cent funded by the programme, and the remaining 50 per cent is being paid through Jaimee’s rates.

“I pay my rates weekly and always pay slightly more than required, so my payments haven’t actually increased from this.

“I highly recommend people to look into this as it’s not a lump sum that’s required from you, itimproves the warmth of the home, the health of my son and even improves the value of my house,” she says.

The standard offer is a 50 per cent subsidy for the tenant or home owner iwth a Community Serives Card and home built prior to 2000. A Gold card with CSC indorsed applies as well.

Jaimee, who is a single mother says her son suffers from mild asthma so she wanted to improve the insulation of her home.

“I call the company, Absolute Energy Insulation which was great to deal with. Absolute Energy promised the work would be done in January and they were true to their word.

“Condensation and mildew was a mild problem but the biggest thing was the house felt colder than usual. We had insulation in the house but it needed replacing,” she says.

Since having the insulation installed Jaimee says the biggest difference she’s noticed was that the floor was warmer.

“When you walk into the house you feel it warmer straight away. I have a woodburner in the house but I’m hardly using it now so I’m looking forward to saving on the amount of wood I use this winter,’ she says.

Absolute Energy Insulation managing director Paul Brockies says he’s eageer to get the message out that there’s still enough funding for around 120 homes in Marlborough to benefit.

“The current EECA programme concludes in June and we have funding set aside for Marlborough residents. Simply contact us and we come and do a free no obligation assessment which is used as part of the application process,” he says.

To be eligible, homeowners or tenants must have a community services card, with referrals prioritised for people and families with chronic health conditions or households with children less than five years old or people over 65 years. In some particular vulnerable situations it maybe free.

Article courtesy of the Blenheim Sun.